On Thieves, Yoruba Anti-Aesthetics, and The Strange Fates of Ordinary Objects in Nigeria

Throughout southwestern Nigeria, Yoruba men and women create objects called aale to protect their properties—farms, gardens, market goods, firewood—from the ravages of thieves. Aale are objects of such unassuming appearance that a non-Yoruba viewer might not register their important presence in the Yoruba visual landscape: a dried seedpod tied with palm fronds to the trunk of a fruit tree, a burnt corncob suspended on a wire, an old shoe tied with a rag to a worn-out broom and broken comb, a ripe red pepper pierced with a single broom straw and set atop a pile of eggs. Consequently, aale have rarely been discussed in print, and then only as peripheral elements in studies devoted to other issues. Yet aale are in no way peripheral to Yoruba culture or aesthetics.

In Vigilant Things, David T. Doris argues that aale are keys to understanding how images function in Yoruba social and cultural life. The humble, often degraded objects that comprise aale reveal as eloquently as any canonical artwork the channels of power that underlie the surfaces of the visible. Aale are warnings, intended to trigger the work of conscience. Aale objects symbolically threaten suffering as the consequence of transgression—the suffering of disease, loss, barrenness, paralysis, accident, madness, fruitless labor, or death—and as such are often the useless residues of things that were once positively valued: empty snail shells, shards of pottery, fragments of rusted iron, and the like. If these objects share “suffering” and “uselessness” as constitutive elements, it is because they already have been made to suffer and become useless. Aale offer would-be thieves an opportunity to recognize themselves in advance of their actions and to avoid the thievery that would make the "useless" people. 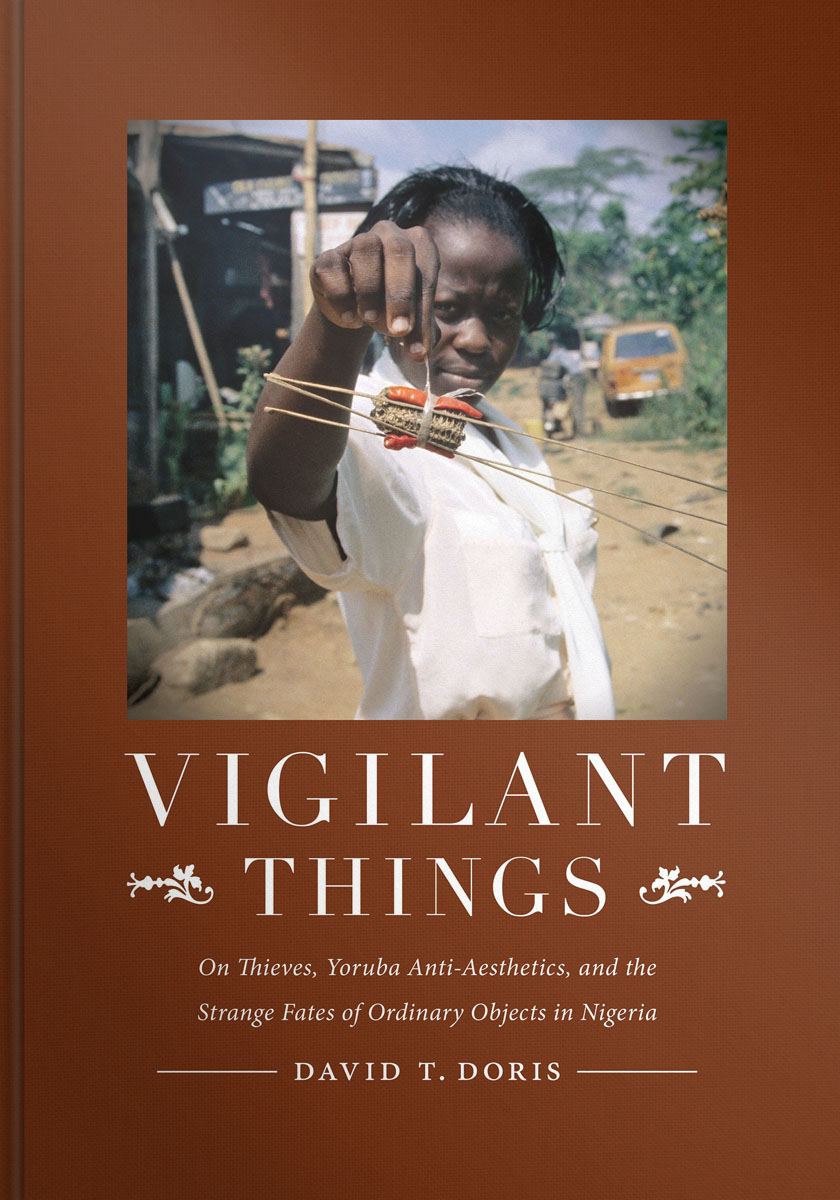