Tulalip, From My Heart

In Tulalip, From My Heart, Harriette Shelton Dover describes her life on the Tulalip Reservation and recounts the myriad problems tribes faced after resettlement. Born in 1904, Dover grew up hearing the elders of her tribe tell of the hardships involved in moving from their villages to the reservation on Tulalip Bay: inadequate supplies of food and water, harsh economic conditions, and religious persecution outlawing potlatch houses and other ceremonial practices.

Dover herself spent ten traumatic months every year in an Indian boarding school, an experience that developed her political consciousness and keen sense of justice. The first Indian woman to serve on the Tulalip board of directors, Dover describes her experiences in her own personal, often fierce style, revealing her tribe’s powerful ties and enduring loyalty to land now occupied by others. 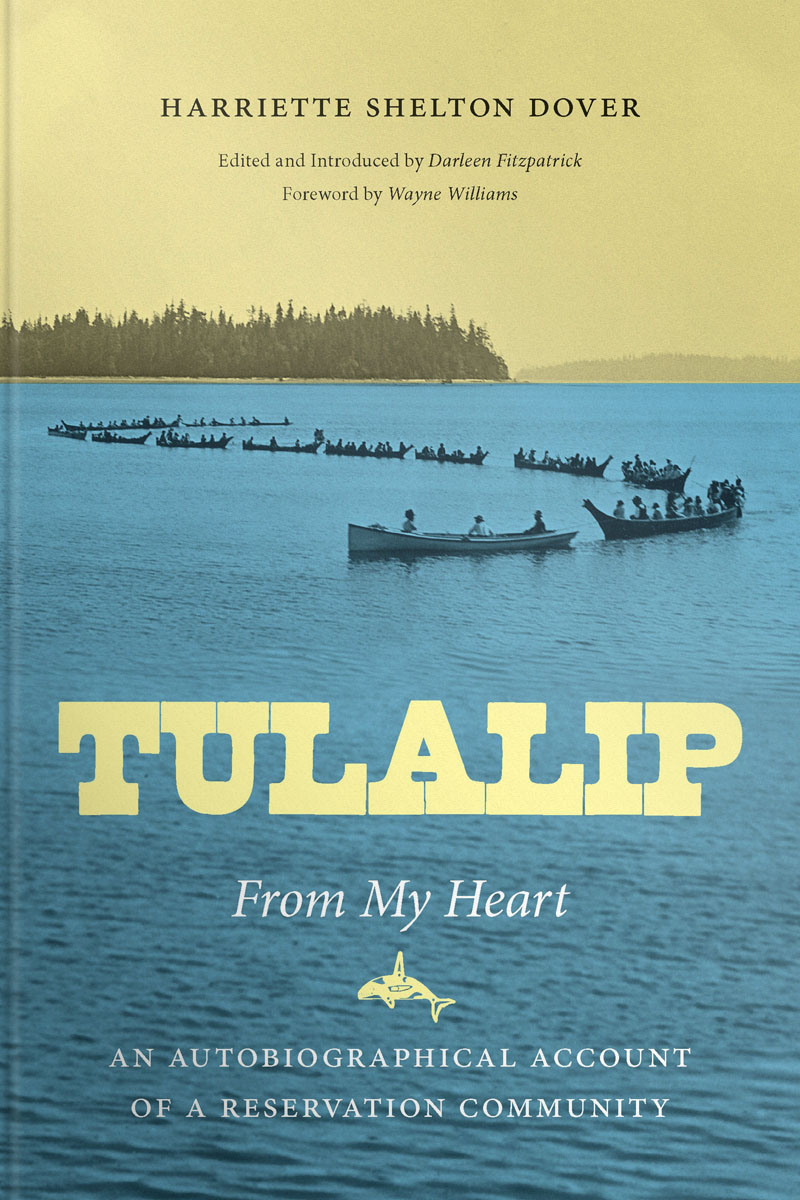