The Tooth That Nibbles at the Soul

Essays on Music and Poetry

The Tooth that Nibbles at the Soul brings together Marshall Brown’s new and previously published writings on literature and music. These essays engage questions that are central to the development of literature, music, and the arts in the period from Romanticism at the end of the eighteenth century to the avant-garde movements of the early twentieth, a period in which the modern evolution of the arts is coupled with a rise in the significance of music as artistic form.

With a special focus on lyric poetry and canonical composers including Mozart, Bach, Beethoven, Brahms, and Schubert, Brown ties the growing prominence of music in this period to the modernist principle of abstraction. Music, as Brown provocatively notes, conveys meaning without explicitly saying anything. This principle of abstraction could be taken as the overriding formula for modernist art in general; and it explains why in this period music becomes the model to which all the other arts, in particular painting and literature, aspire.

Brown’s title, taken from a poem by Emily Dickinson, reminds us that abstraction -- musical and artistic – is anything but toothless; indeed, it “nibbles at the soul” in subtle and enduring ways. Throughout his wide-ranging and erudite analysis, Brown’s goal is to pinpoint the nature of music’s bite and to illuminate the shared elements of literature and music.

While there are many previous comparisons of music and poetry, few are systematic or based on a solid knowledge of both literary criticism and musicology. Brown’s essays can be enjoyed by a general, well-read public not trained in either music or eighteenth-century literature, as well as by an audience steeped in sophisticated (if not technical) musical analysis. 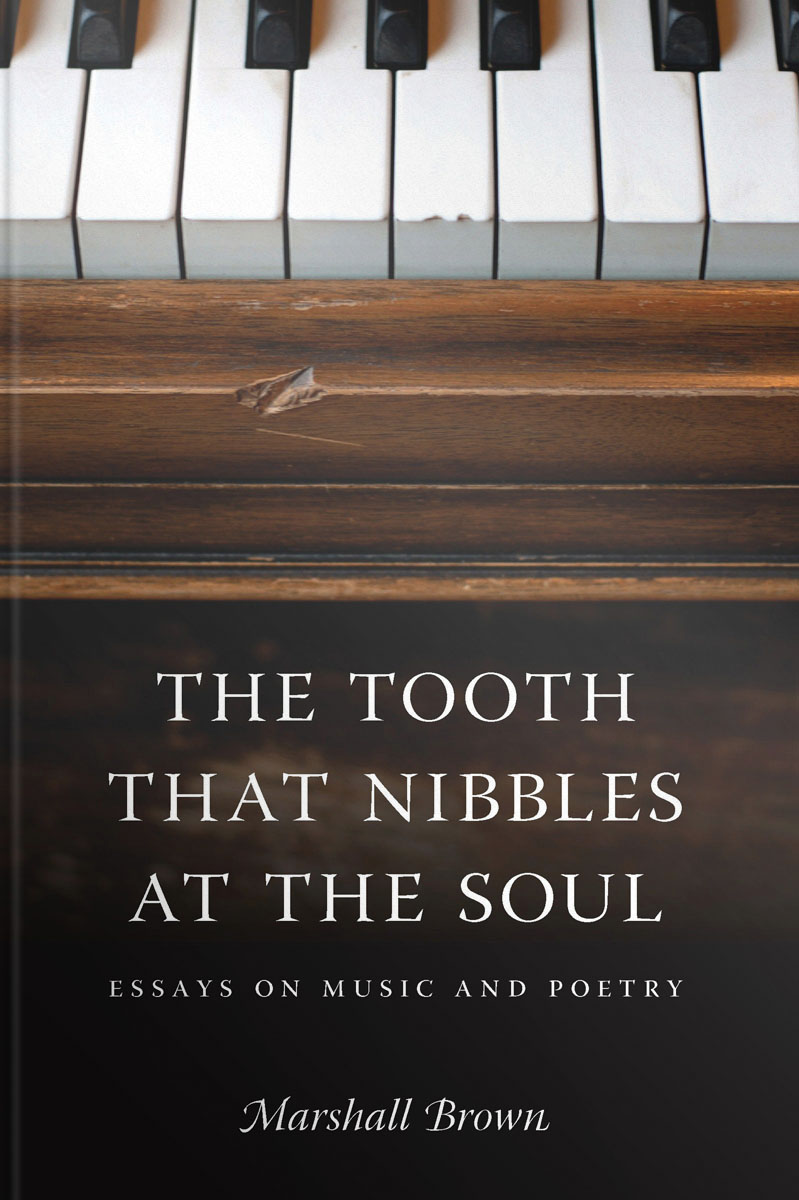