In 1845, an estimated 2,500 emigrants left Independence and St. Joseph, Missouri, for the Willamette Valley in what was soon to become the Oregon Territory. It was general knowledge that the route of the Oregon Trail through the Blue Mountains and down the Columbia River to The Dalles was grueling and dangerous. About 1,200 men, women, and children in over two hundred wagons accepted fur trapper and guide Stephen Meek's offer to lead them on a shortcut across the trackless high desert of eastern Oregon.

Those who followed Meek experienced a terrible ordeal when his memory of the terrain apparently failed. Lost for weeks with little or no water and a shortage of food, the Overlanders encountered deep dust, alkali lakes, and steep, rocky terrain. Many became ill and some died in the forty days it took to travel from the Snake River in present-day Idaho to the Deschutes River near Bend, Oregon. Stories persist that children in the group found gold nuggets in a small, dry creek bed along the way.

From 2006 to 2011, Brooks Ragan and a team of specialists in history, geology, global positioning, metal detecting, and aerial photography spent weeks every spring and summer tracing the Meek Cutoff. They located wagon ruts, gravesites, and other physical evidence from the most difficult part of the trail, from Vale, Oregon, to the upper reaches of the Crooked River and to a location near Redmond where a section of the train reached the Deschutes.

The Meek Cutoff moves readers back and forth in time, using surviving journals from members of the 1845 party, detailed day-to-day maps, aerial photographs, and descriptions of the modern-day exploration to document an extraordinary story of the Oregon Trail. 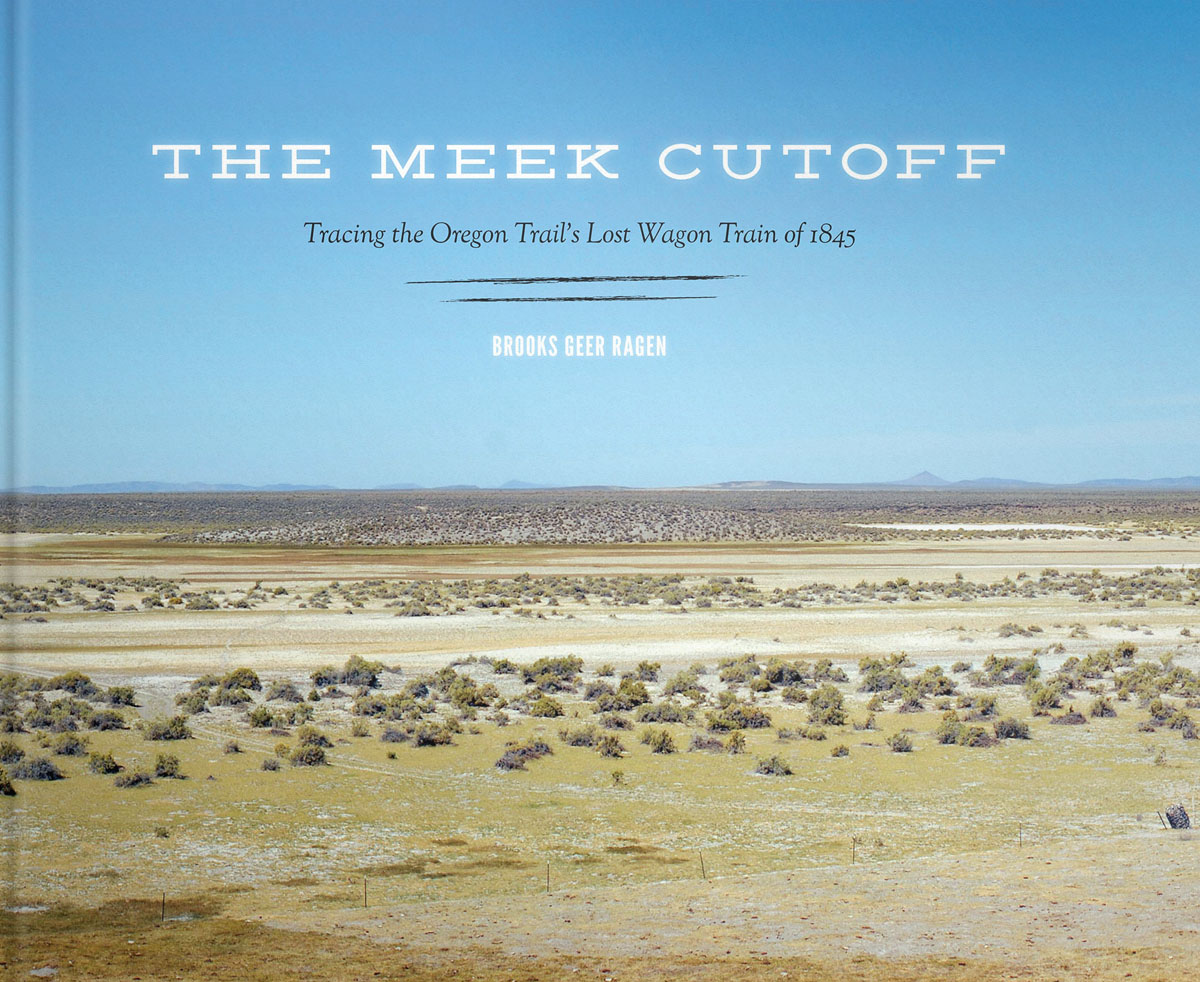