The City is More Than Human

An Animal History of Seattle

When newcomers first arrived in the 1850s, they hastened to assemble the familiar cohort of cattle, horses, pigs, chickens, and other animals that defined European agriculture. This, in turn, contributed to the dispossession of the Native residents of the area. However, just as various animals were used to create a Euro-American city, the elimination of these same animals from Seattle was key to the creation of the new middle-class neighborhoods of the twentieth century. As dogs and cats came to symbolize home and family, Seattleites’ relationship with livestock became distant and exploitative, demonstrating the deep social contradictions that characterize the modern American metropolis.

Throughout Seattle’s history, people have sorted animals into categories and into places as a way of asserting power over animals, other people, and property. In The City Is More Than Human, Frederick Brown explores the dynamic, troubled relationship humans have with animals. In so doing he challenges us to acknowledge the role of animals of all sorts in the making and remaking of cities. 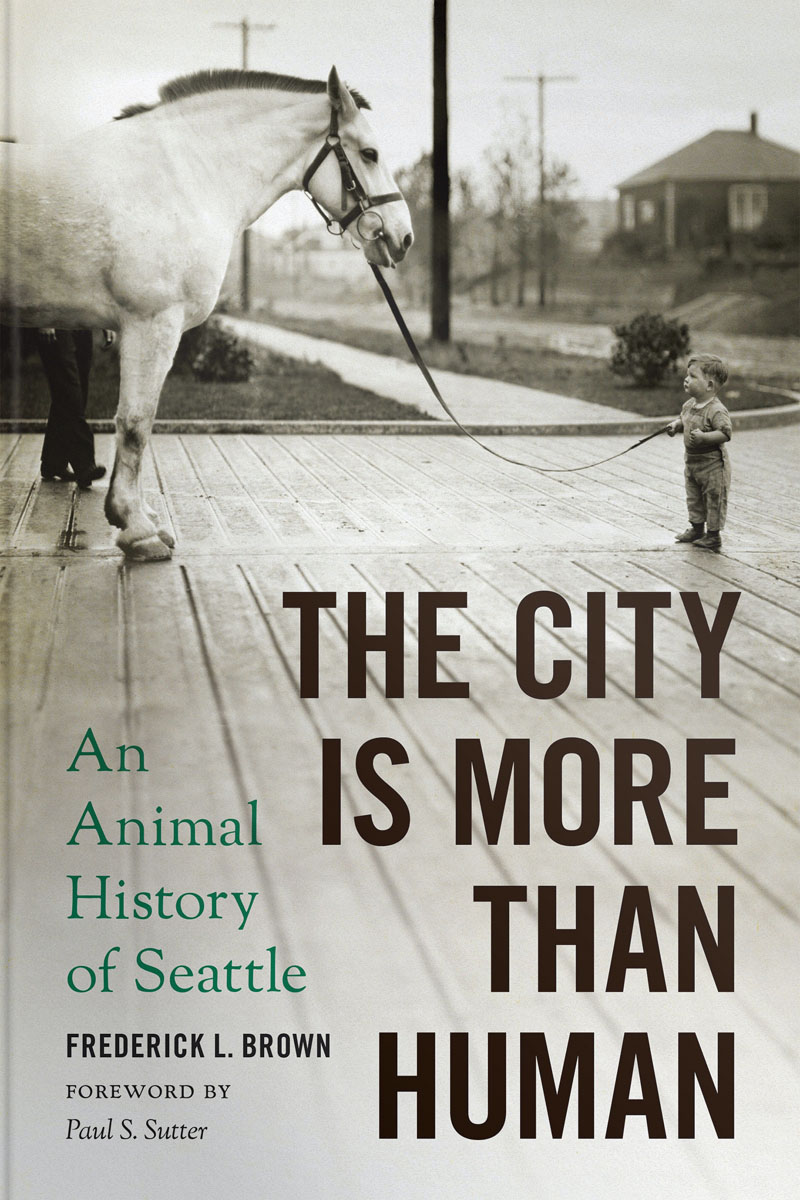