The Car That Brought You Here Still Runs

Richard Hugo visited places and wrote about them. He wrote about towns: White Center and La Push in Washington; Wallace and Cataldo in Idaho; Milltown, Philipsburg, and Butte in Montana. Often his visits lasted little more than an afternoon, and his knowledge of the towns was confined to what he heard in bars and diners. From these snippets, he crafted poems. His attention to the actual places could be scant, but Hugo’s poems resonate more deeply than travelogues or feature stories; they capture the torque between temperament and terrain that is so vital in any consideration of place. The poems bring alive some hidden aspect to each town and play off the traditional myths that an easterner might have of the West: that it is a place of restoration and healing, a spa where people from the East come to recover from ailments; that it is a place to reinvent oneself, a region of wide open, unpolluted country still to settle. Hugo steers us, as readers, to eye level. How we settle into and take on qualities of the tracts of earth that we occupy -- this is Hugo’s inquiry.

Part travelogue, part memoir, part literary scholarship, The Car That Brought You Here Still Runs traces the journey of Frances McCue and photographer Mary Randlett to the towns that inspired many of Richard Hugo’s poems. Returning forty years after Hugo visited these places, and bringing with her a deep knowledge of Hugo and her own poetic sensibility, McCue maps Hugo’s poems back onto the places that triggered them. Together with twenty-three poems by Hugo, McCue’s essays and Randlett’s photographs offer a fresh view of Hugo’s Northwest. 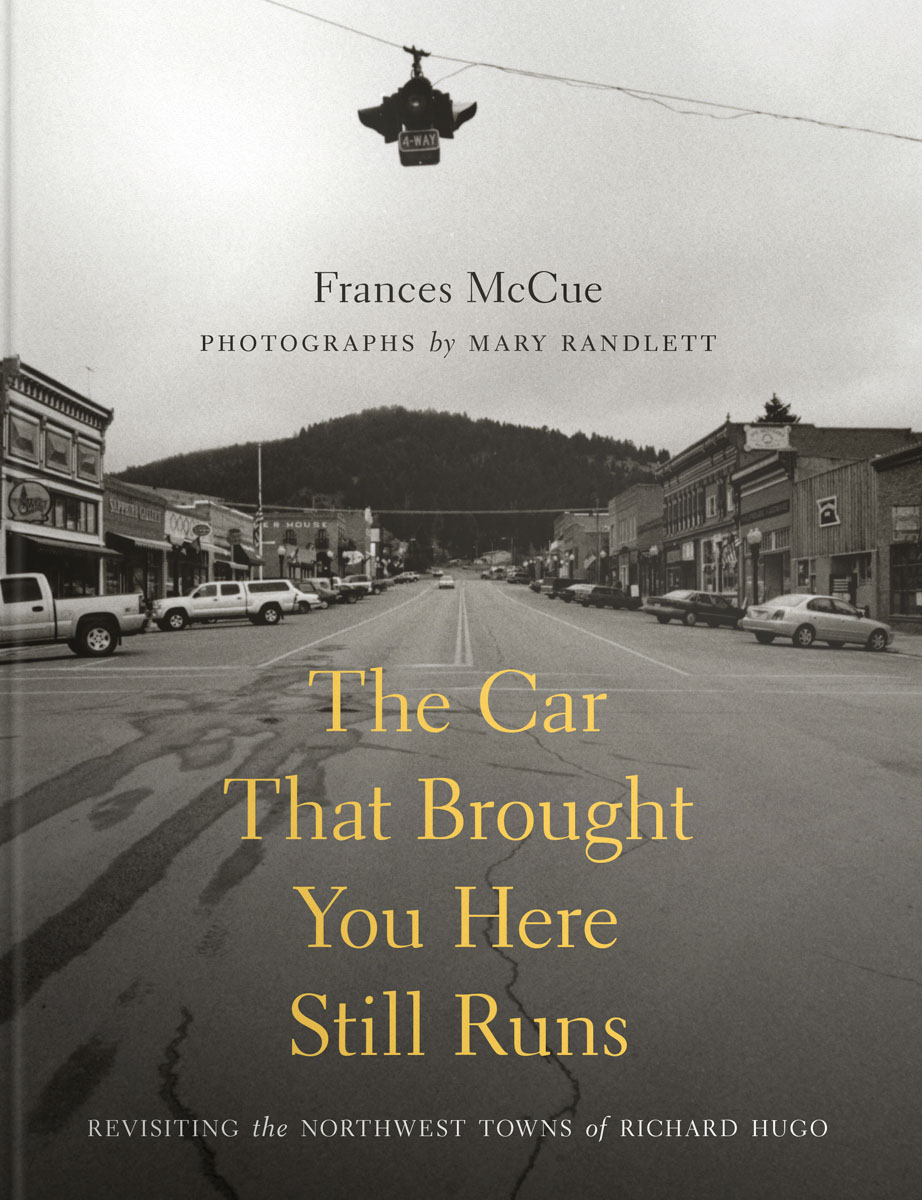