Most people do not think to observe geology from the sidewalks of a major city, but all David B. Williams has to do is look at building stone in any urban center to find a range of rocks equal to any assembled by plate tectonics. In Stories in Stone, he takes you on explorations to find 3.5-billion-year-old rock that looks like swirled pink-and-black taffy, a gas station made of petrified wood, and a Florida fort that has withstood three hundred years of attacks and hurricanes, despite being made of a stone that has the consistency of a granola bar.

Williams also weaves in the cultural history of stone, explaining why a white fossil-rich limestone from Indiana became the only building stone used in all fifty states; how in 1825, the construction of the Bunker Hill Monument led to America’s first commercial railroad; and why when the same kind of marble used by Michelangelo clad a Chicago skyscraper it warped so much after nineteen years that all 44,000 panels of it had to be replaced. This love letter to building stone brings to life the geology you can see in the structures of every city. 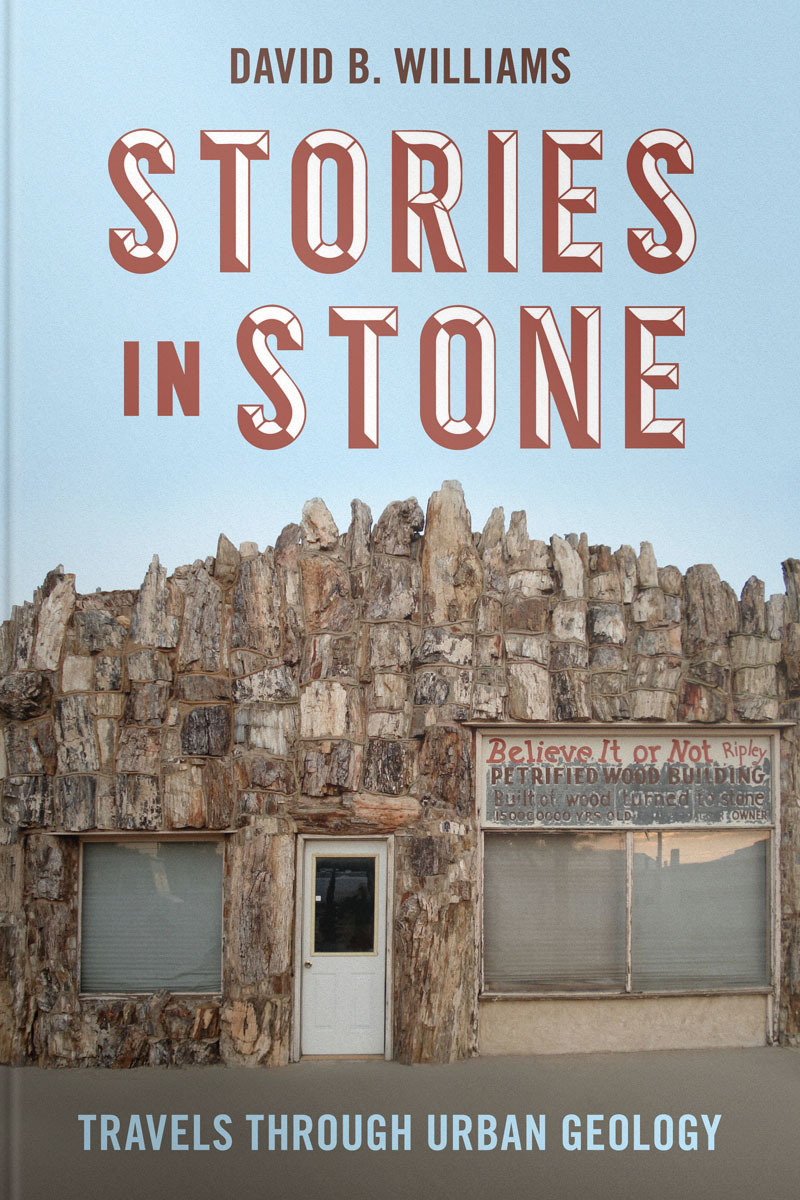