Allied Arts in the Civic Landscape

In the 1950s, the city of Seattle began a transformation from an insular, provincial outpost to a vibrant and cosmopolitan cultural center. As veteran Seattle journalist R. M. Campbell illustrates in Stirring Up Seattle: Allied Arts in the Civic Landscape, this transformation was catalyzed in part by the efforts of a group of civic arts boosters originally known as “The Beer and Culture Society.” This “merry band” of lawyers, architects, writers, designers, and university professors, eventually known as Allied Arts of Seattle, lobbied for public funding for the arts, helped avert the demolition of Pike Place Market, and were involved in a wide range of crusades and campaigns in support of historic preservation, cultural institutions, and urban livability. 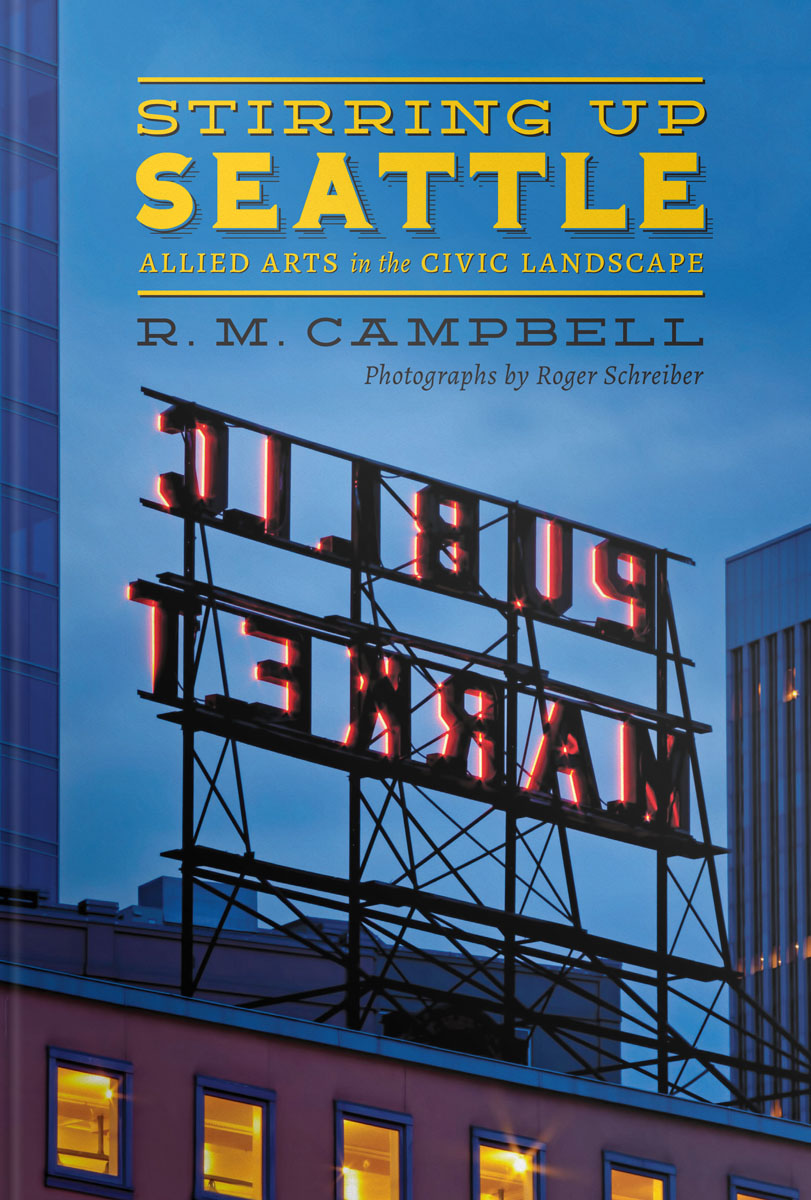