Jacob Gordin was the first major playwright of the "Golden Age" of New York's Yiddish theater, which was not just entertainment but also a public forum, a force for education and acculturation, and a battleground for ideologies and artistic credos. Gordin, like his audience, was a Russian émigré. His most successful and scandalous dramas--The Jewish King Lear, The Kreutzer Sonata, and Khasye the Orphan--were based on works by Lev Tolstoy and Ivan Turgenev, and reflected a profoundly Jewish means of using literature to salvage a lost land.

Gordin's life and his plays held out the tantalizing possibility that by changing the story of one's past, one could write one's own future. Through a detailed examination of Gordin's career in Russia, Barbara Henry dismantles the fictive radical background he invented for himself. In doing so, she illuminates the continuities among his Russian fiction and journalism, his work as a controversial Jewish religious reformer, and his Yiddish plays. 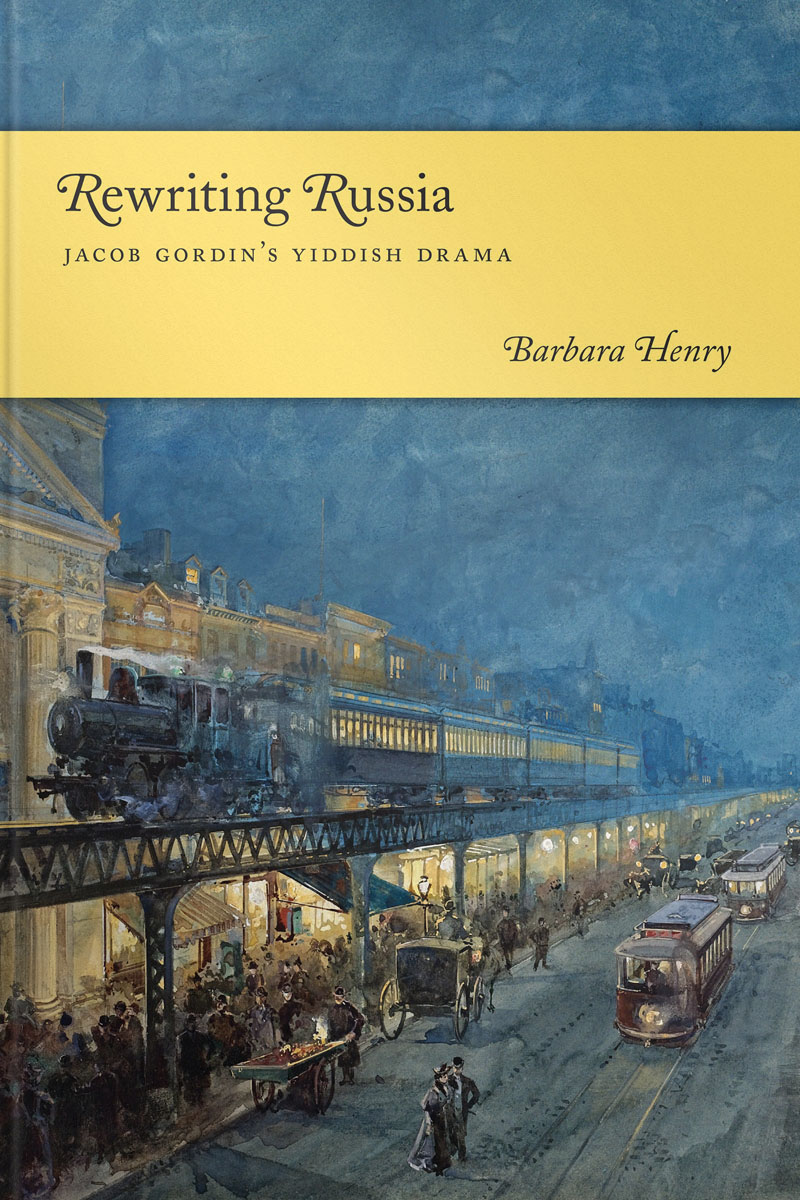