Once and Future River

Through photographs and words, Once and Future River: Reclaiming the Duwamish explores the complicated relationship between Seattleites and their only river. Central to the indigenous settlement that preceded the city, the Duwamish was critical to Seattle’s founding and growth, but it has paid a steep price. Straightened, filled with trash and toxins, and generally neglected by those who benefited from it the most, the river was declared a Superfund site in 2001.

Long before then, however, some Seattleites were already trying to reclaim their river, and for almost twenty years, Tom Reese has documented the river landscape and the people engaged with this important place. His images bring forward what might seem like contradictions: a seal surfacing near an active sewage pipe, a family playing at a park adjacent to a barge loaded with scrap metal, a salmon swimming past a sunken tire. His attentive study offers a way not to turn away from this river, but rather to learn to understand the changed beauty of the Duwamish and the possibilities for its future. 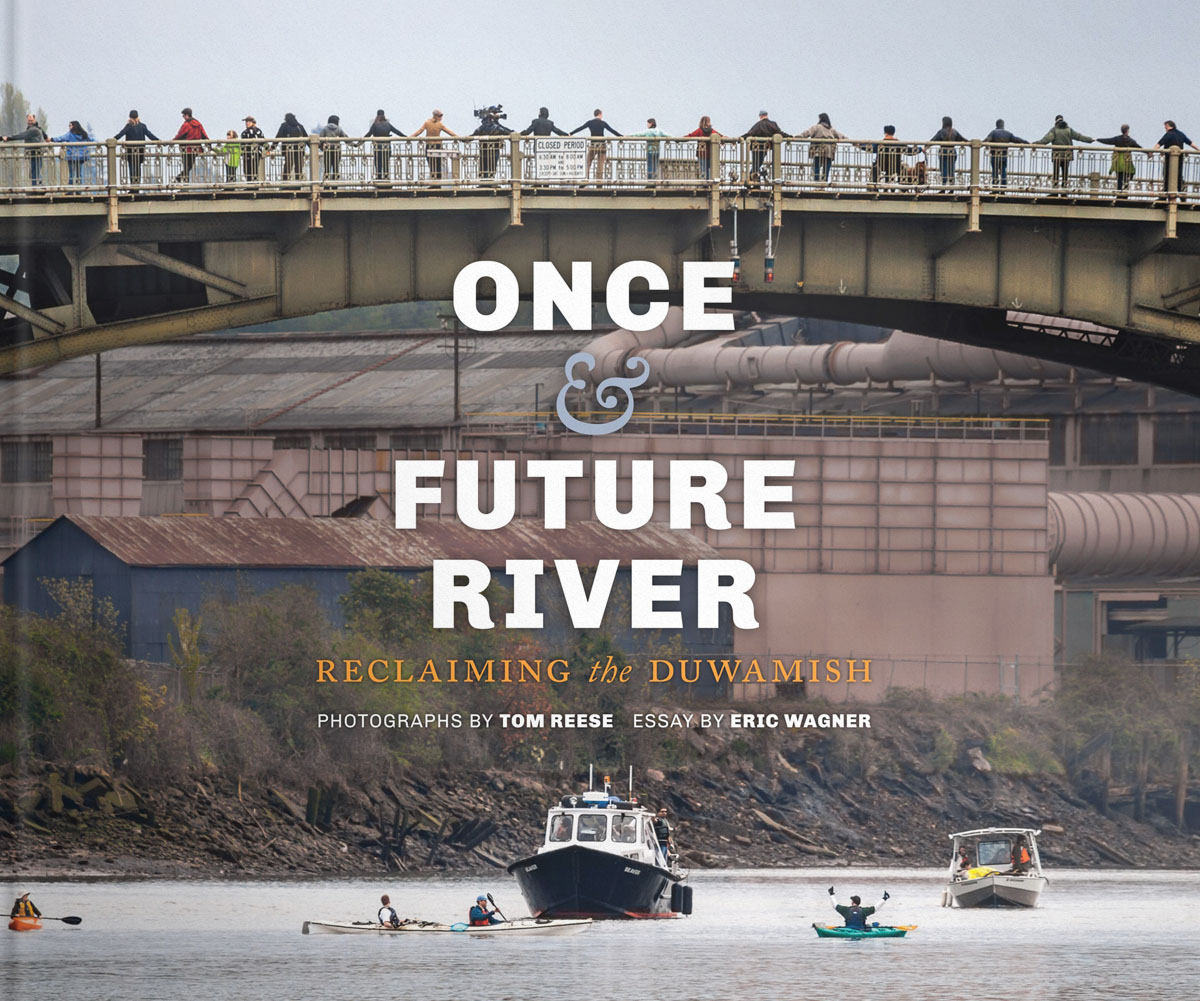