The 50th anniversary edition of this classic work on the art of Northwest Coast Indians now offers color illustrations for a new generation of readers along with reflections from contemporary Northwest Coast artists about the impact of this book.

The masterworks of Northwest Coast Native artists are admired today as among the great achievements of the world’s artists. The painted and carved wooden screens, chests and boxes, rattles, crest hats, and other artworks display the complex and sophisticated northern Northwest Coast style of art that is the visual language used to illustrate inherited crests and tell family stories.

In the 1950s Bill Holm, a graduate student of Dr. Erna Gunther, former Director of the Burke Museum, began a systematic study of northern Northwest Coast art. In 1965, after studying hundreds of bentwood boxes and chests, he published Northwest Coast Indian Art: An Analysis of Form. This book is a foundational reference on northern Northwest Coast Native art. Through his careful studies, Bill Holm described this visual language using new terminology that has become part of the established vocabulary that allows us to talk about works like these and understand changes in style both through time and between individual artists’ styles. Holm examines how these pieces, although varied in origin, material, size, and purpose, are related to a surprising degree in the organization and form of their two-dimensional surface decoration.

The author presents an incisive analysis of the use of color, line, and texture; the organization of space; and such typical forms as ovoids, eyelids, U forms, and hands and feet. The evidence upon which he bases his conclusions constitutes a repository of valuable information for all succeeding researchers in the field. 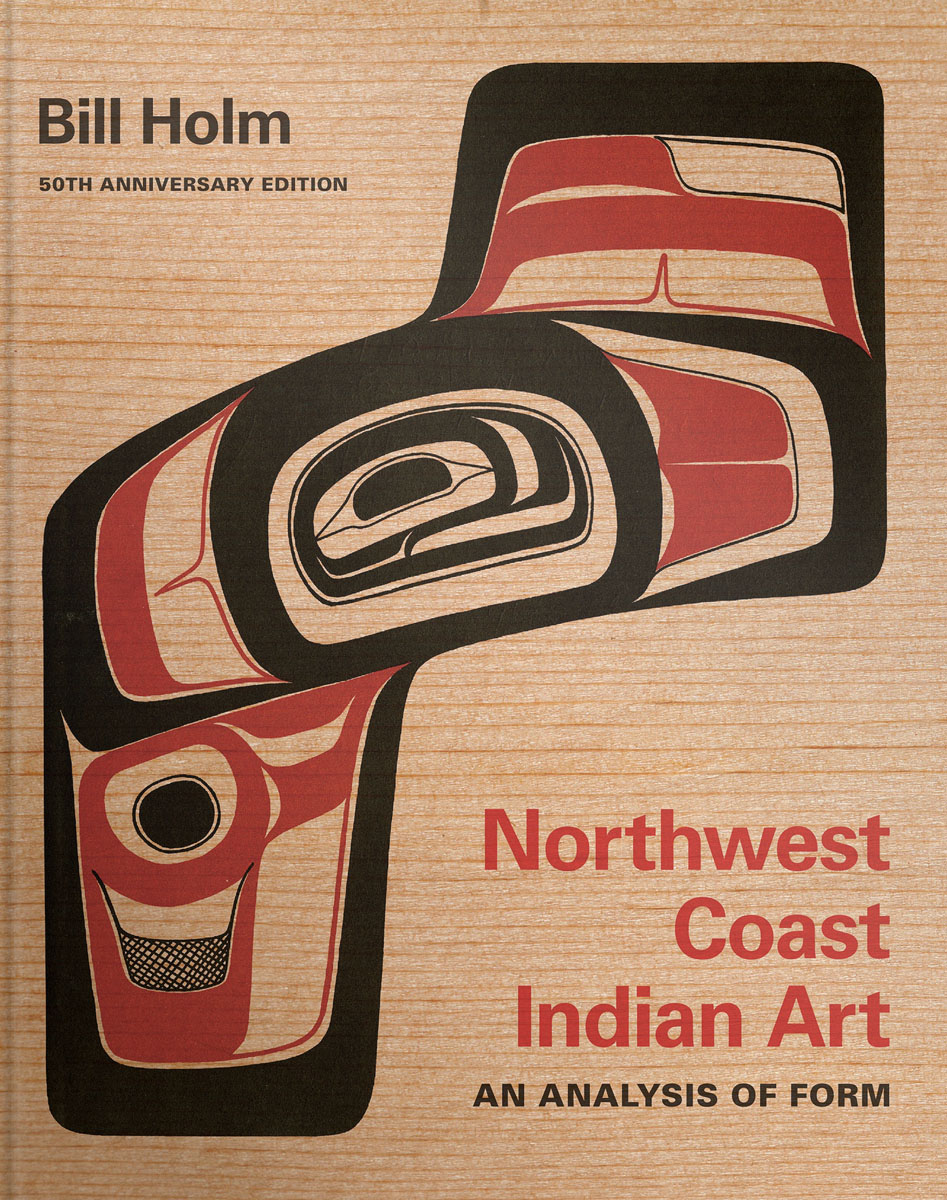