Arctic Whales in a Melting World

Among all the large whales on Earth, the most unusual and least studied is the narwhal, the northernmost whale on the planet and the one most threatened by global warming. Narwhals thrive in the fjords and inlets of northern Canada and Greenland. These elusive whales, whose long tusks were the stuff of medieval European myths and Inuit legends, are uniquely adapted to the Arctic ecosystem and are able to dive below thick sheets of ice to depths of up to 1,500 meters in search of their prey-halibut, cod, and squid.

McLeish consults logbooks kept by whalers and explorers and interviews folklorists and historians to tease out the relationship between the real narwhal and the mythical unicorn. In Colorado, he visits climatologists studying changes in the seasonal cycles of the Arctic ice. From a history of the trade in narwhal tusks to descriptions of narwhals' vocalizations as heard through hydrophones, Narwhals reveals the beauty and thrill of the narwhal and its habitat, and the threat it faces from a rapidly changing world. 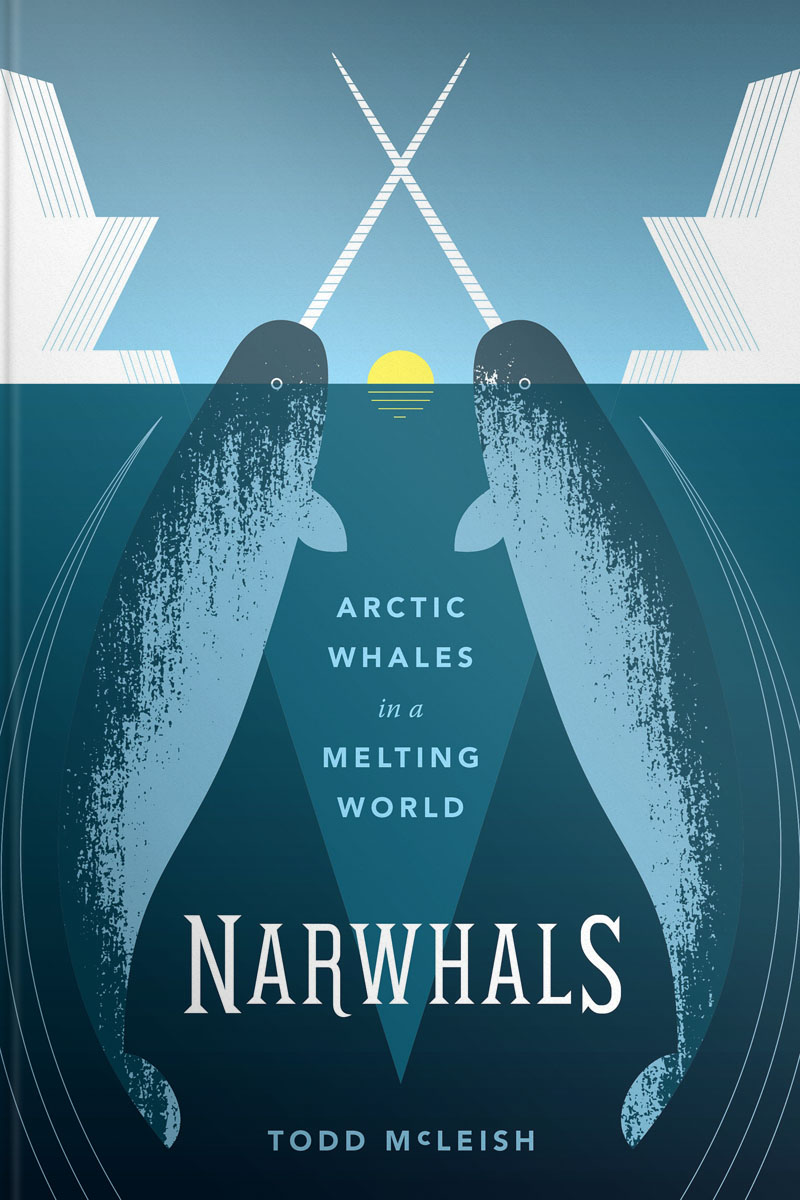