The Egg, the Plague, Mrs. Piggle-Wiggle, and I

Betty Bard MacDonald (1907–1958), the best-selling author of The Egg and I and the classic Mrs. Piggle-Wiggle children’s books, burst onto the literary scene shortly after the end of World War II. Readers embraced her memoir of her years as a young bride operating a chicken ranch on Washington’s Olympic Peninsula, and The Egg and I sold its first million copies in less than a year. The public was drawn to MacDonald’s vivacity, her offbeat humor, and her irreverent take on life. In 1947, the book was made into a movie starring Fred MacMurray and Claudette Colbert, and spawned a series of films featuring MacDonald's Ma and Pa Kettle characters.

MacDonald followed up the success of The Egg and I with the creation of Mrs. Piggle-Wiggle, a magical woman who cures children of their bad habits, and with three additional memoirs: The Plague and I (chronicling her time in a tuberculosis sanitarium just outside Seattle), Anybody Can Do Anything (recounting her madcap attempts to find work during the Great Depression), and Onions in the Stew (about her life raising two teenage daughters on Vashon Island).

Author Paula Becker was granted full access to Betty MacDonald’s archives, including materials never before seen by any researcher. Looking for Betty MacDonald, a biography of this endearing Northwest storyteller, reveals the story behind the memoirs and the difference between the real Betty MacDonald and her literary persona. 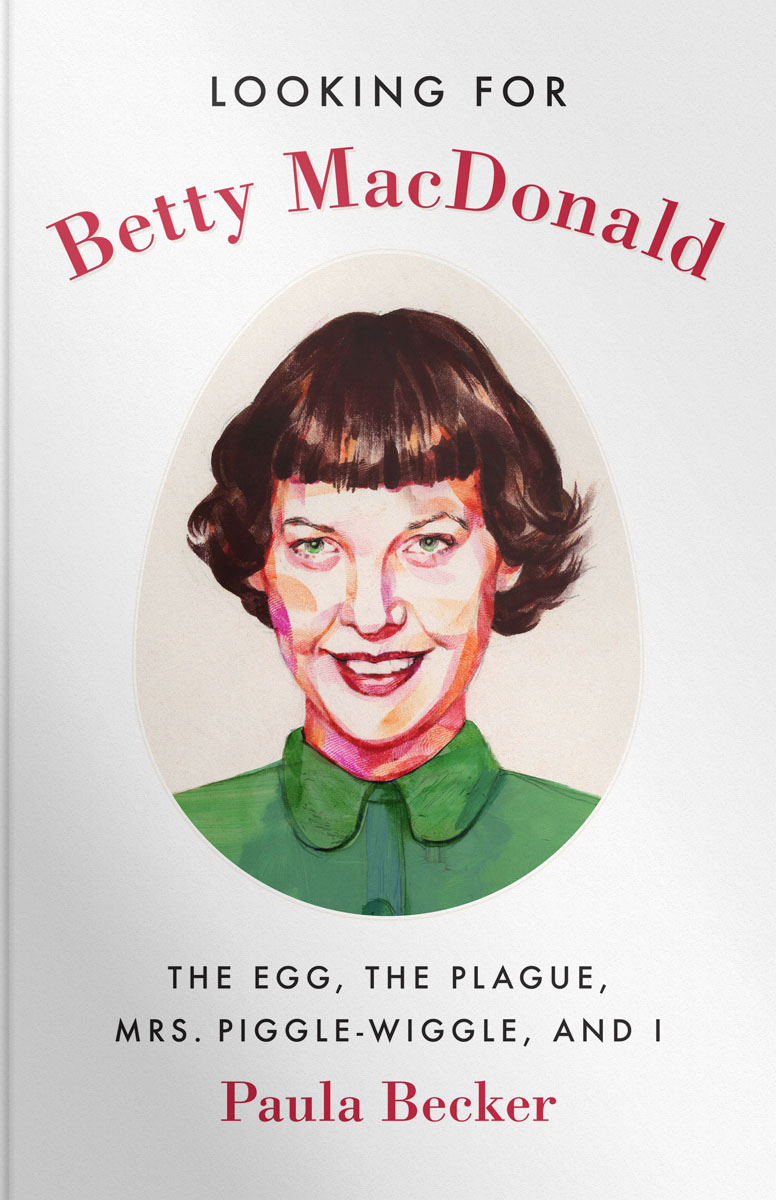