Cities of the Dead

The Ancestral Cemeteries of Kyrgyzstan

A Kyrgyz cemetery seen from a distance is astonishing. The ornate domes and minarets, tightly clustered behind stone walls, seem at odds with this desolate mountain region. Islam, the prominent religion in the region since the twelfth century, discourages tombstones or decorative markers. However, elaborate Kyrgyz tombs combine earlier nomadic customs with Muslim architectural forms. After the territory was formally incorporated into the Russian Empire in 1876, enamel portraits for the deceased were attached to the Muslim monuments. Yet everything within the walls is overgrown with weeds, for it is not Kyrgyz tradition for the living to frequent the graves of the dead.

Architecturally unique, Kyrgyzstan’s dramatically sited cemeteries reveal the complex nature of the Kyrgyz people’s religious and cultural identities. Often said to have left behind few permanent monuments or books, the Kyrgyz people in fact left behind a magnificent legacy when they buried their dead.

Traveling in Kyrgyzstan, photographer Margaret Morton became captivated by the otherworldly grandeur of these cemeteries. Cities of the Dead: The Ancestral Cemeteries of Kyrgyzstan collects the photographs she made on several visits to the area and is an important contribution to the architectural and cultural record of this region. 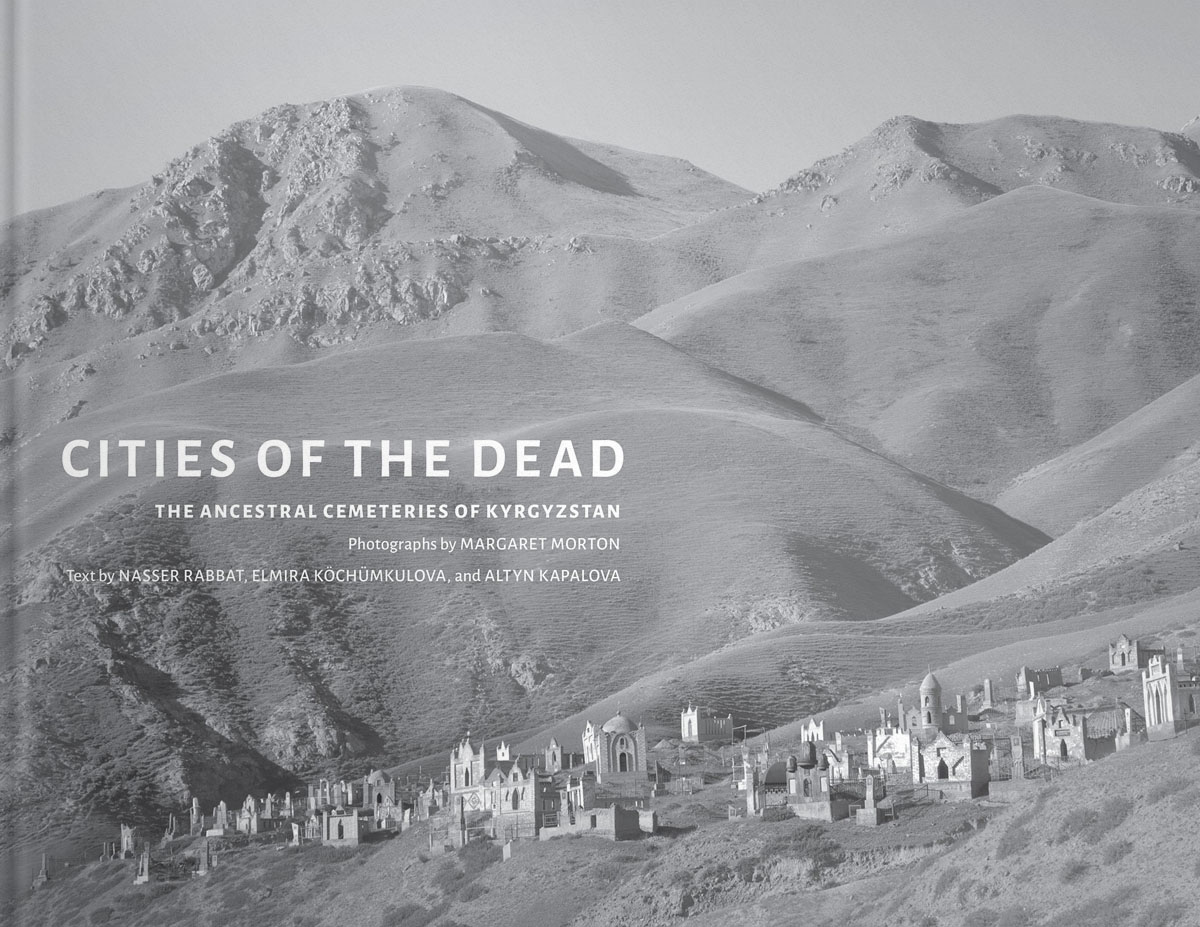