Moving beyond the familiar accounts of politics and the achievements of celebrity engineers and designers, Building the Golden Gate Bridge is the first book to primarily feature the voices of the workers themselves. This is the story of survivors who vividly recall the hardships, hazards, and victories of constructing the landmark span during the Great Depression.

Labor historian Harvey Schwartz has compiled oral histories of nine workers who helped build the celebrated bridge. Their powerful recollections chronicle the technical details of construction, the grueling physical conditions they endured, the small pleasures they enjoyed, and the gruesome accidents some workers suffered. The result is an evocation of working-class life and culture in a bygone era.

Most of the bridge builders were men of European descent, many of them the sons of immigrants. Schwartz also interviewed women: two nurses who cared for the injured and tolerated their antics, the wife of one 1930s builder, and an African American ironworker who toiled on the bridge in later years. These powerful stories are accompanied by stunning photographs of the bridge under construction.

An homage to both the American worker and the quintessential San Francisco landmark, Building the Golden Gate Bridge expands our understanding of Depression-era labor and California history and makes a unique contribution to the literature of this iconic span. 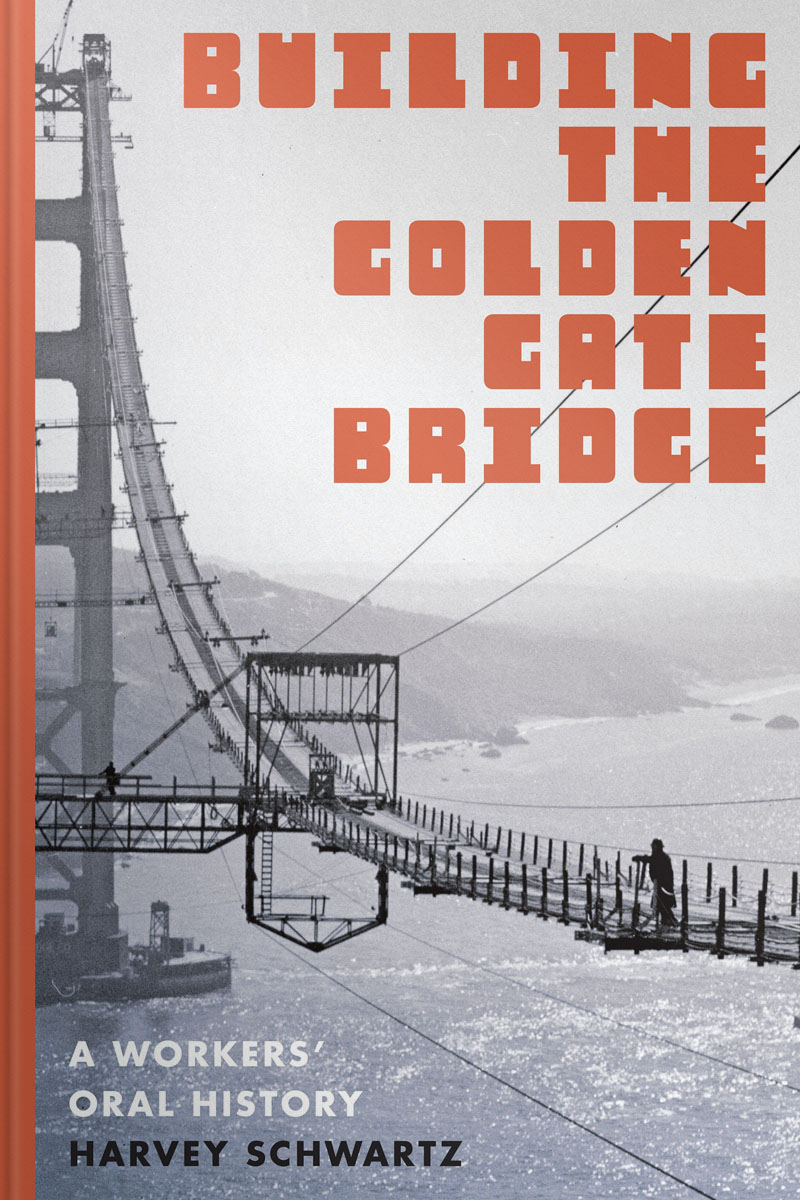